We don't do Throwback Thursday

We don't do throwback Thursday. Not today.

Today we look ahead, but we do remember how we got here :)

First women soccer match I ever photographed was by this goalkeeper's side. 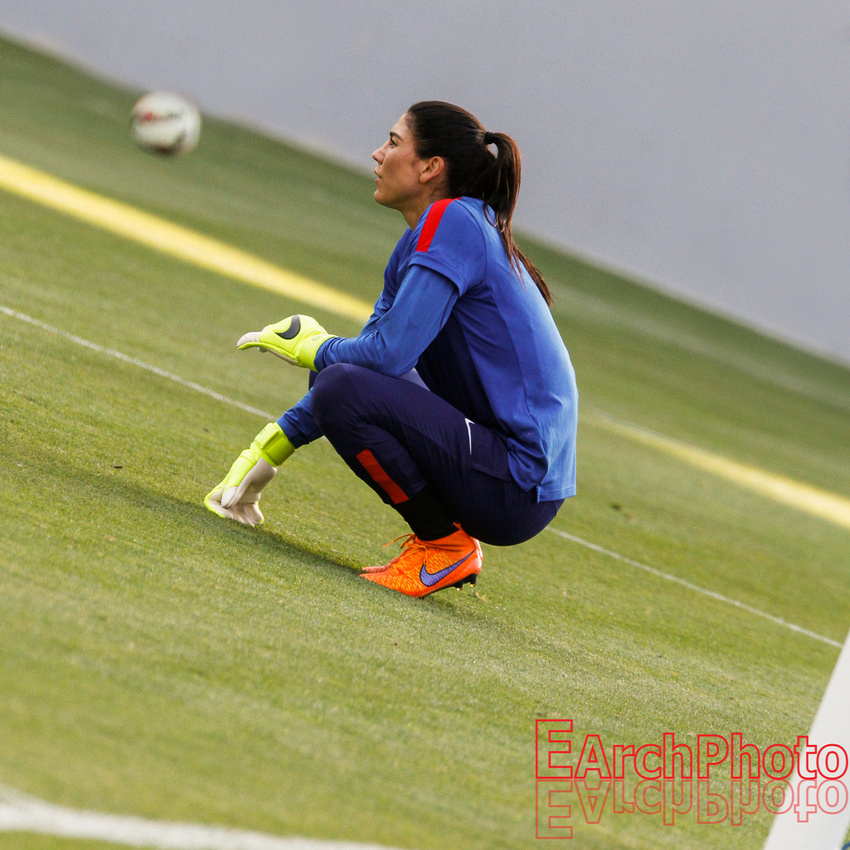 An interesting day for sure, and as I know now, in hindsight, a life-changing day. It was a quick-n-easy assignment from a random fitness magazine. Mark, my PR back in L.A. (yes, the ex boyfriend, whatever, the PR guy) had gotten me the job: take about 15 or so shots to showcase players' athleticism in a professional women soccer league match. Why not, I thought, they even allowed me to choose which match to shoot, so of course I picked my favorite team, the Seattle Reign, one of the teams playing in the new league. They were not doing well at all at that time, but hey, it was still my team. It was season one of the National Women Soccer League, when the team home field was all the way South near the airport, like an hour drive away. I was new to shooting women soccer, but had shot pro hockey and pro football before for a couple of years, and I always regularly shoot motorsports, both car and motorcycle racing - Mark figured I could cover soccer as well. Plus my family is Italian, and it's a national sport there. And so I said ok, I'm cool, I'll do this. And off we go to shoot a women soccer match. 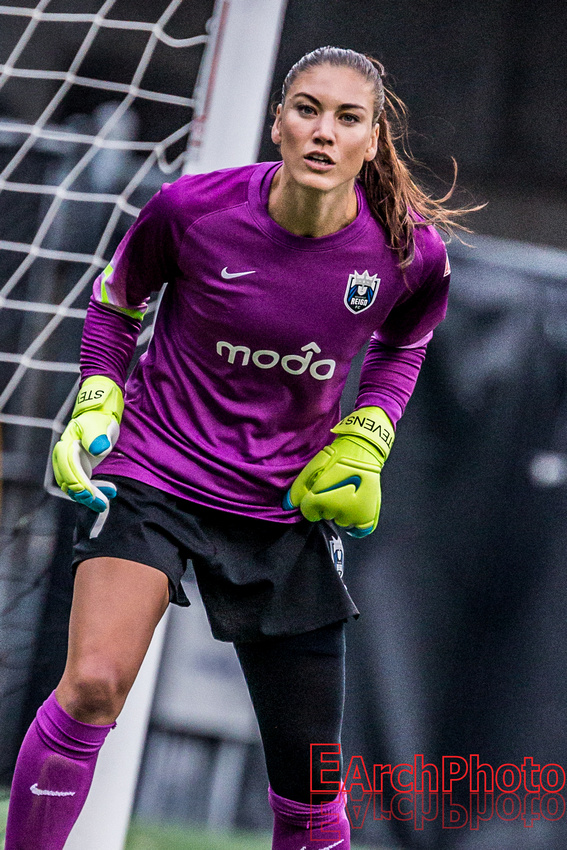 Once on the pitch, I sat by that goal for the first minute  and wondered what was I thinking - both of us, really (yes PR guy I'm talking to you)... I'm not a sports photographer really, I'm a commercial shooter, what in heaven's name am I doing this 'soccer thing' here for? Never played soccer in my entire life - sure I enjoy watching the game and cheering on the team, but that's about it. What am I doing here? I'm an architectural/industrial photographer by training, and tend to avoid shooting public events because I don't mix well with the media and reporters and all of them news gossip people to say the least. What am I doing here?

After about a minute of second guessing, I thought just run with it, and started working. I would have been there to watch the Reign game anyway, and it was just a one time assignment,  and I'd sure go back to shooting wastewater plants and hospital buildings the next day.
Well, kind of. Because two seasons later I'm still here by that goal.
Same team.
Same keeper. 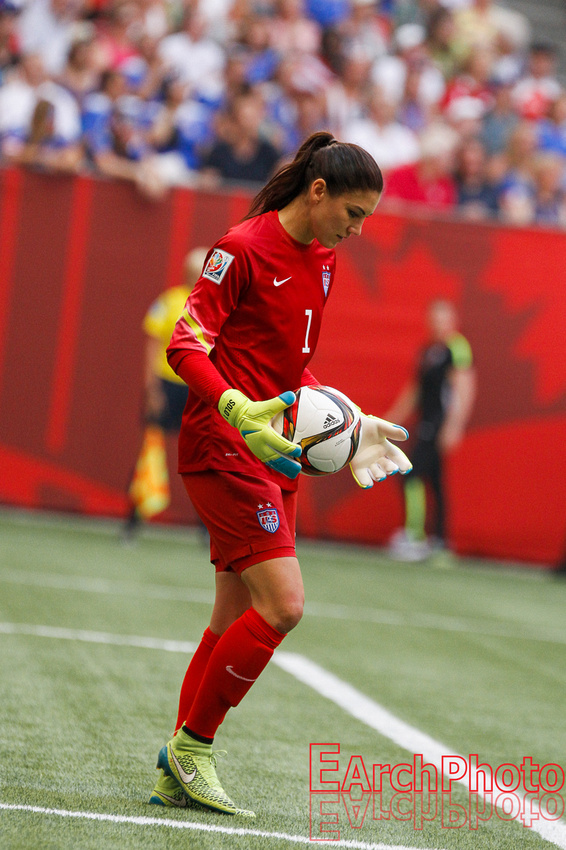 They say wise men change their mind. I guess wise women do too.
Because it wasn't a one time thing.
And I am forever grateful to this 'soccer thing' each and every day, and for much more than I could ever put into words. 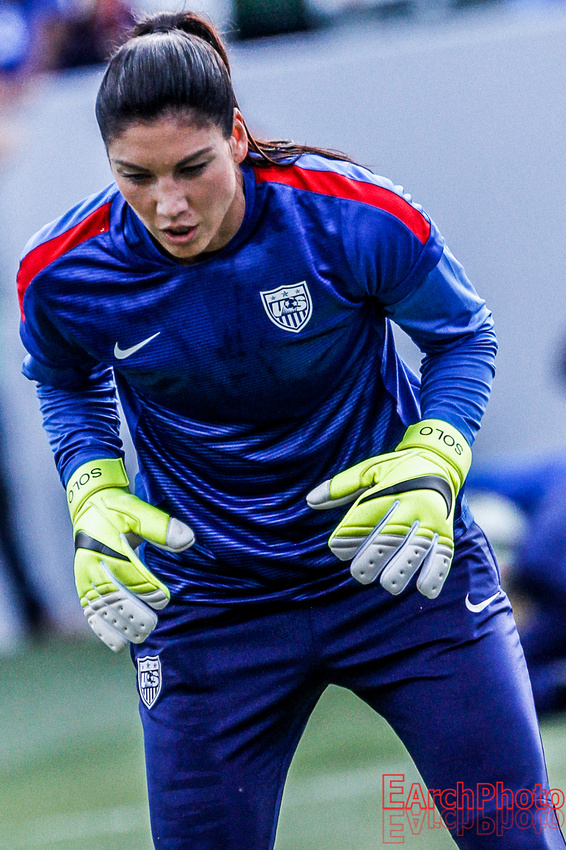 Women soccer has taken me places I would have never even thought of, for both league games and national team games. I have to thank soccer for several good friendships, and also for business connections and generating work projects with sponsors and clients that have grown my photography company and taught me so much. Thanks to women soccer for so many fun days of work and finding my 'happy place' on the pitch. And it's thanks to soccer that I have had the opportunity to spend most of the summertime in Seattle for two years in a row, and Lake Washington is now becoming my home away from home. And yes, I 'm sure the whole city still looks at me funny when I wear my cowboy boots and say y'all, but in this place up NorthWest I always find peace, more than I ever have, anywhere else I've lived. 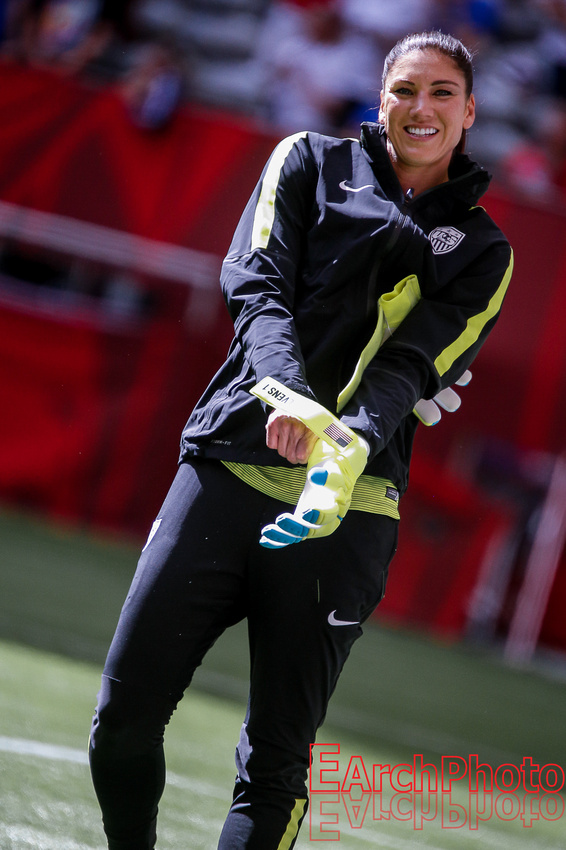 If someone had told me on that first day at Starfire, that two years later I would be traveling all over the country for NWSL and USWNT matches and shooting the world cup, and that I'd be working at the NWSL Championship final tonight - well, I would have had a good laugh.

And yet I've been running all over throughout the season, and spent good part of this past Summer at USWNT practice sessions and sendoff series matches, and then in Canada during the FIFA world cup.

And there are no words I can find to describe how thankful I am for that opportunity of working at the world cup and taking part in that journey, and seeing the US team and our own Seattle keeper win.
Our team.
Our keeper. 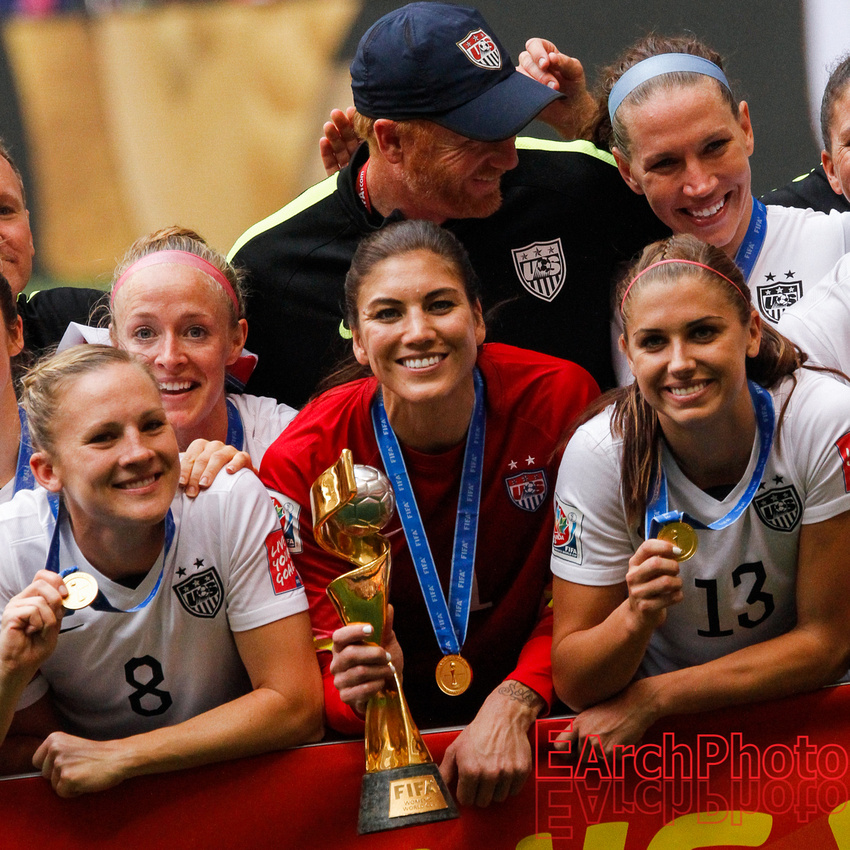 Two seasons later, and a whole lot of league games later, it's now year three of this women's league and I'm still here by the goal at every game I can make, hiding behind the lens in the keepers' corner.
And I'm still not a sports photographer after all, or that's my excuse so I can be my antisocial self at times (or so says the PR guy who's proofreading this blog on Evernote). Much definitely not a photojournalist at all, not my style - I'm that one that will miss the winning goal to shoot a player who's smiling or adjusting cleats or gloves, or the light hitting a US flag or a jersey, or a sponsor banner. Yep, I'm still very much a commercial photography gal at heart, with advertising and promoting in mind 24/7. 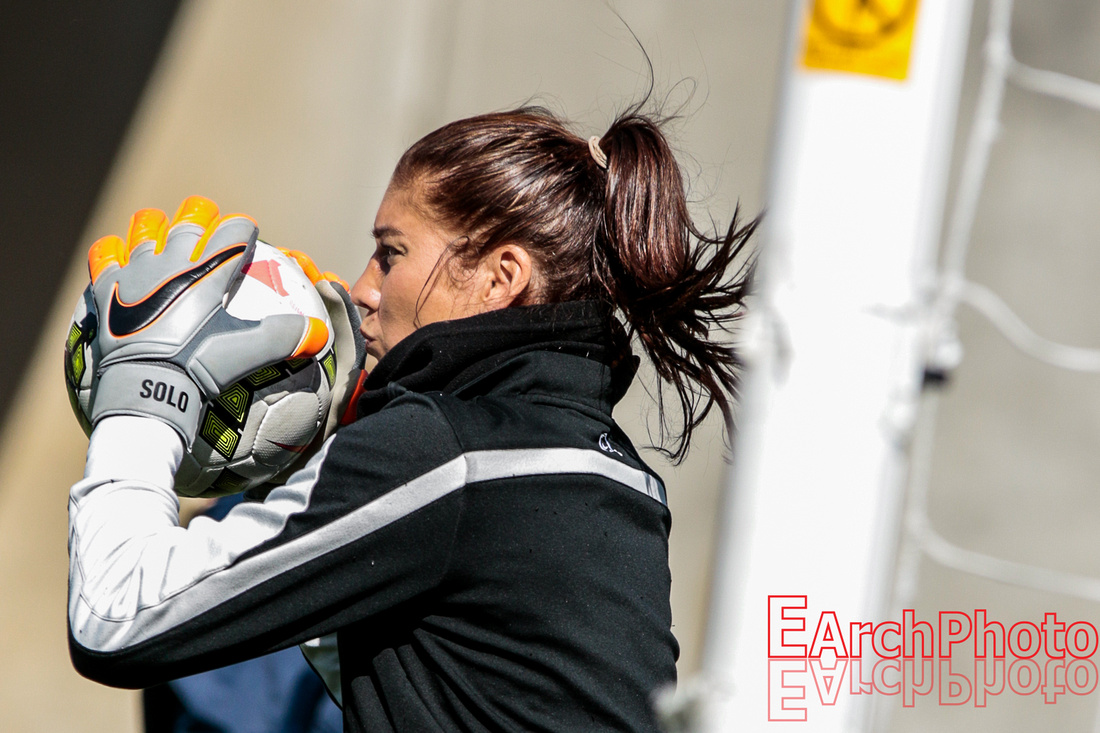 And still the half outsider who doesn't want to mix with the news photographers and much less with the chatty reporters, and always looks busy and 'in the zone'. Or maybe just being the introvert I am, and doing the antisocial thing - I'm here to work, that's it, no time for small talk, move on, I've got stuff to do, I'm finding beauty out here. And I keep coming back to this corner, rain or shine, and looking for the light.

Woman of habit? Maybe, or maybe not - I've never been big on routine behaviors.
Woman of loyalty? Most definitely. That's totally me being me - loyal to the end, maybe even loyal to a fault as some of my friends will say, through everything and anything. And loyalty has always been a common thread in all my photography projects, so it's no surprise that it ends up connecting the dots once again.
Same team.
Same keeper. 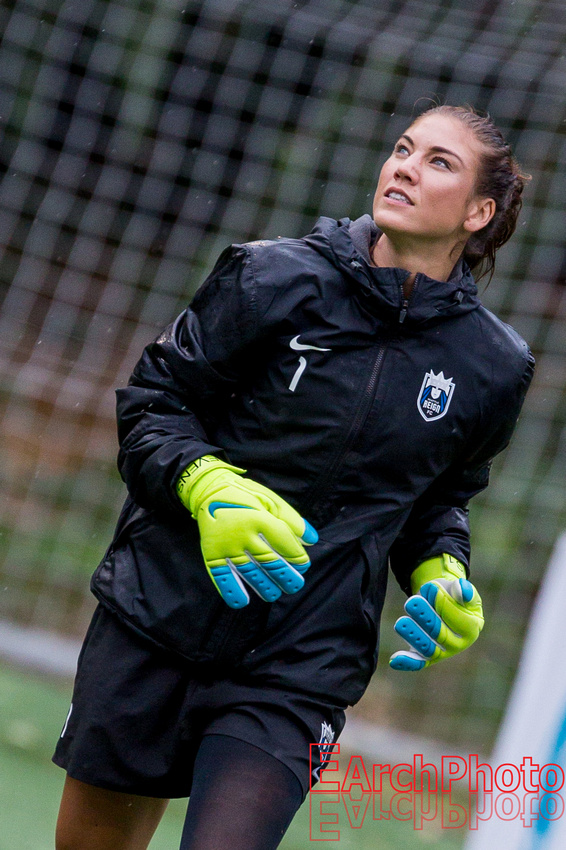 And I am a total believer in this 'soccer thing' now.

And to all the sport promoters and coaches and players who say women soccer can make a difference, well hey, if there's someone out there who doesn't believe y'all yet (yes I still technically live in Houston, Texas), here's your witness, another testimony that women soccer change lives, because it's true.
Because indeed it did change mine, and I don't even play. It didn't need to change anything, it was perfectly fine already, or so I thought, and I never even asked for it - but it did, and for the better, and it still does, every single day.
And I'm grateful beyond words for this discovery.

And I'm here to stay, here to look for the light and practice gratitude in the keepers' corner.
Same team.
Same keeper.

We don't do throwback Thursday, we look ahead.

And today is not just 'another day at the office' on a soccer pitch. Today is the day we've been waiting for, and I'm honored to be here and be a witness.
Today is the day we win the NWSL championship.
Because it's our time to win. 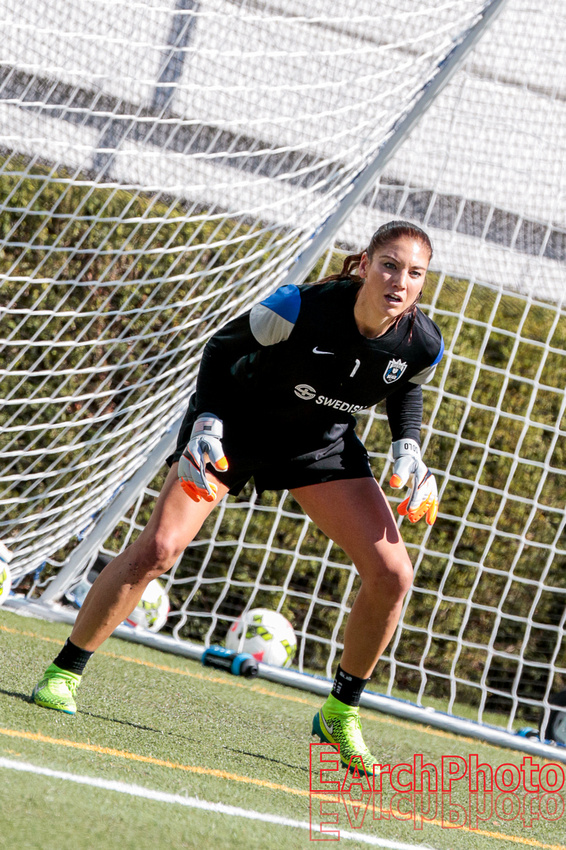 Thank you Hope Solo. Thank you Seattle Reign FC.
This soccer thing really turned our to be an amazing adventure - I'm so grateful to be here, and always looking forward to the next step and the discoveries to come.
My team.
My keeper. 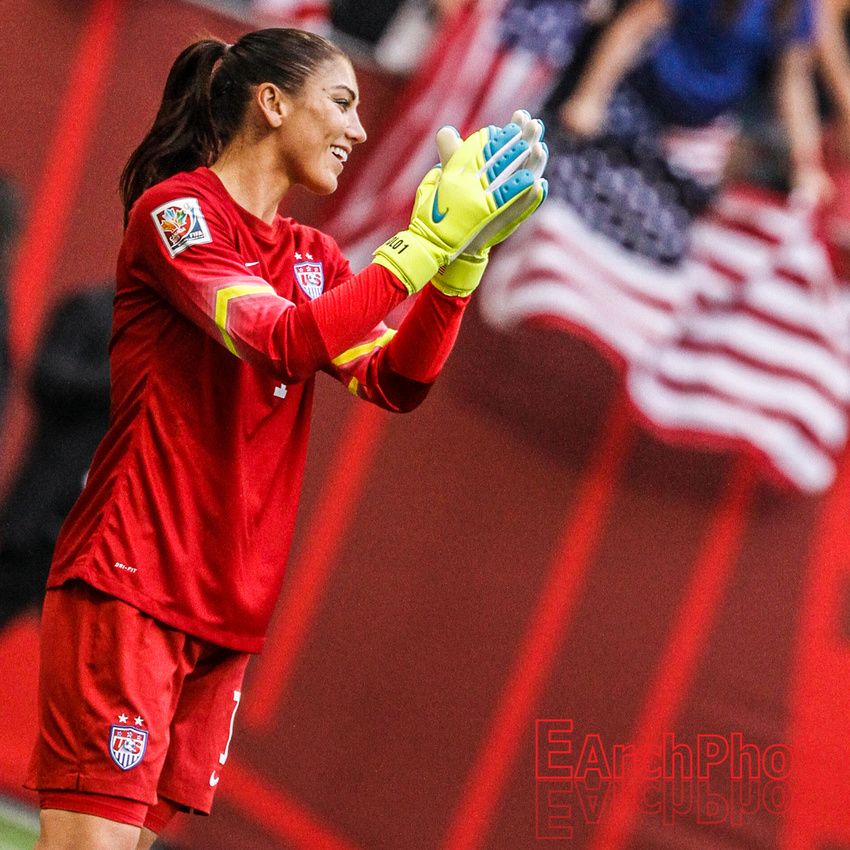